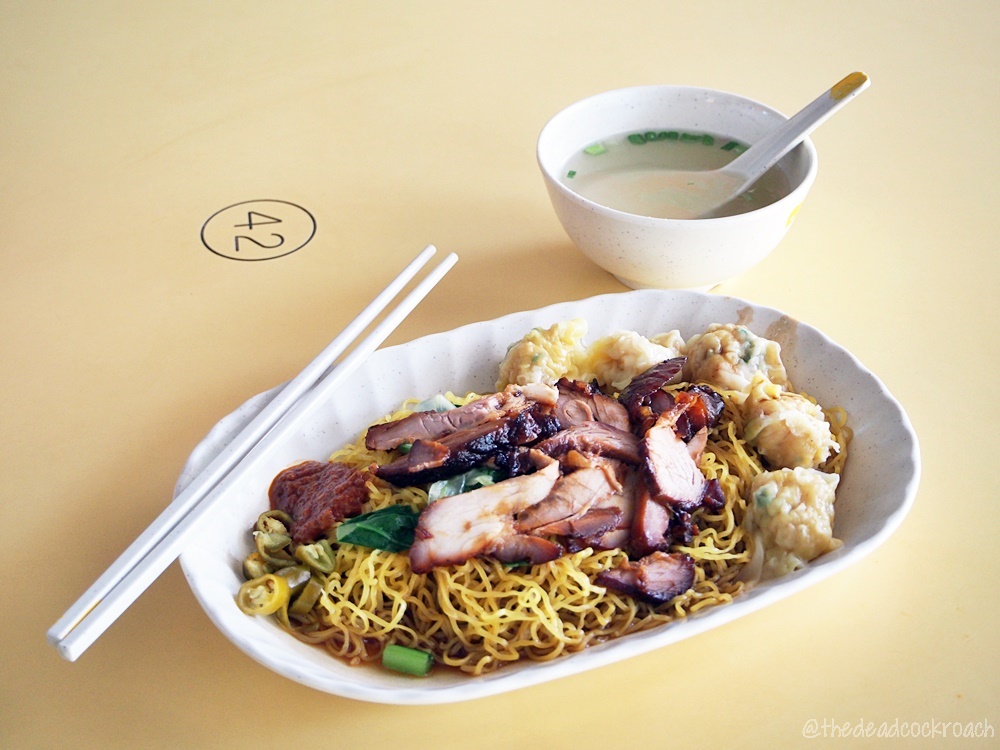 I did not realize that Farrer Road is actually so close to the Queenstown and Commonwealth area. I have wanted to check out Empress Road Market & Food Centre since a few years back but shelved the plans as I thought it is rather out of the way.

Now that I know how easy it is to get there from my place, I decided to pay a visit to the food centre even though if it meant I had to take three buses to reach my destination (but it's okay, I love bus rides especially when it's raining and with my ear pods plugged in).

So, what makes me want to come Empress Road Market & Food Centre all these years? It is all because of Ah Wing Wanton Mee!

I once saw a photo of their wanton mee and I was fascinated by their plump wantons and charred char siew that I promised myself I would have a plate of it one of these days. The "one of these days" took a little longer than expected but better late than never, right? 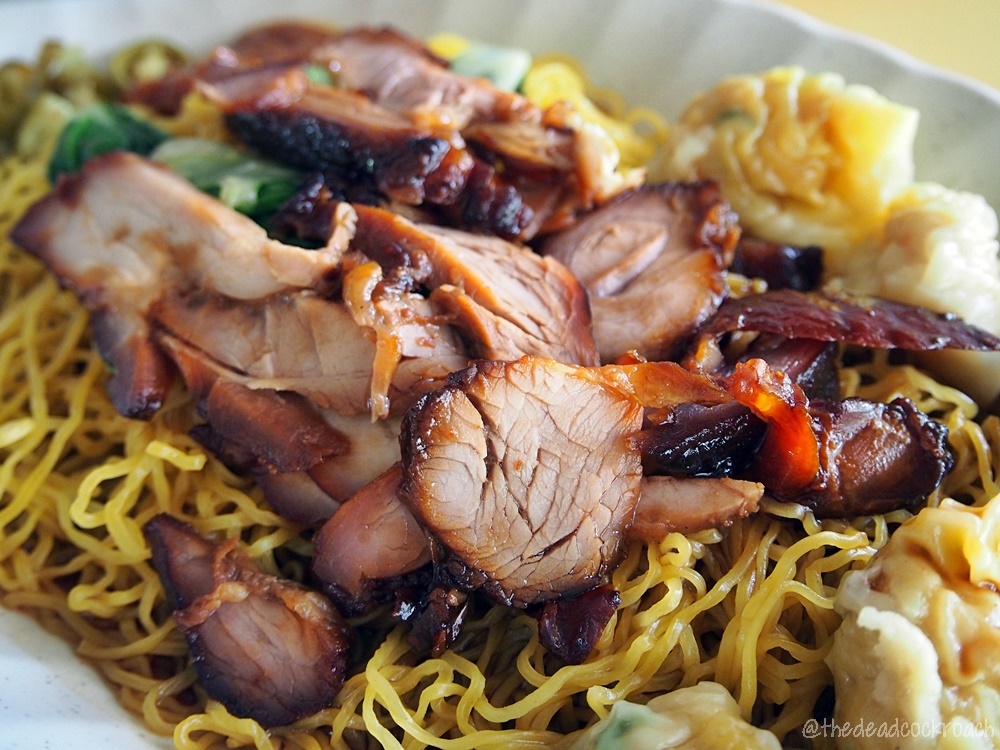 From my research, the owner of this popular stall has moved to Singapore from Hong Kong about 10 years ago and there is always a constant queue for their signature wanton mee.

On the day of my visit, there were just two customers in the queue. I quickly joined them and placed my order for a $4 plate of noodle which came with a generous portion of char siew and five boiled wantons.

The exterior of their char siew is caramelized in a thick layer of dark marinade while the texture is moist and tender. However, the cut of meat used is lean with no fat so that takes away a bit of the enjoyment. Nonetheless, I am happy as long as the char siew is not the nonsensical type dyed with red coloring. 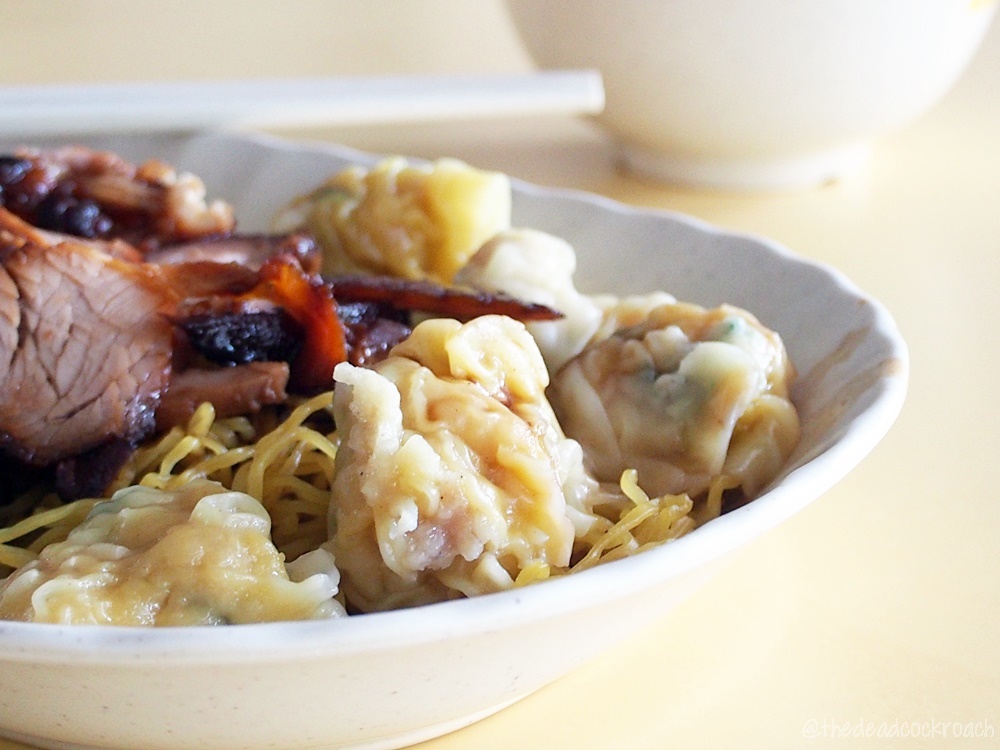 I adore their wantons!

The well-seasoned wantons are very plump and the skin is wrapped around the pork mixture with no loose skin left. There are bits of fats in the pork so there is some oil richness in the wanton. Very wanton-ful indeed!

They have uncooked wanton and sui kow (dumplings) available for purchase as well if you are interested. 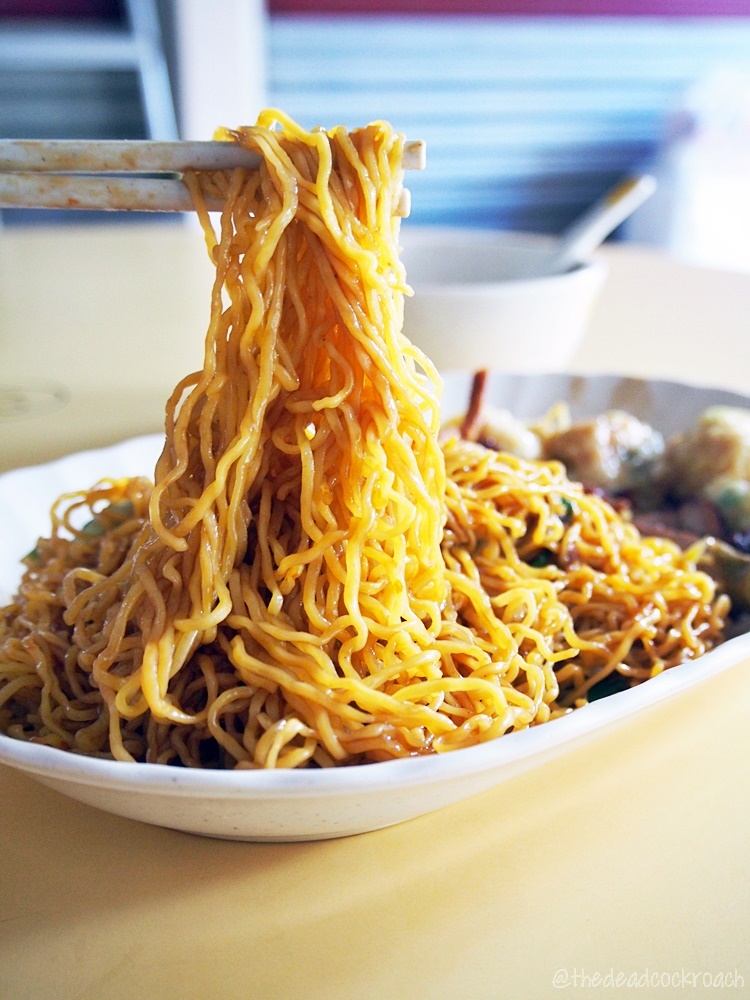 I wished the noodle is springier and crunchier though as they lean more on the softer side. As for the sauce and chili, they need more tweaking to win me over. There were also no crispy pork lard.

Ah Wing Wanton Mee is value for money and seems rather popular but chances of me coming back for it is not high. 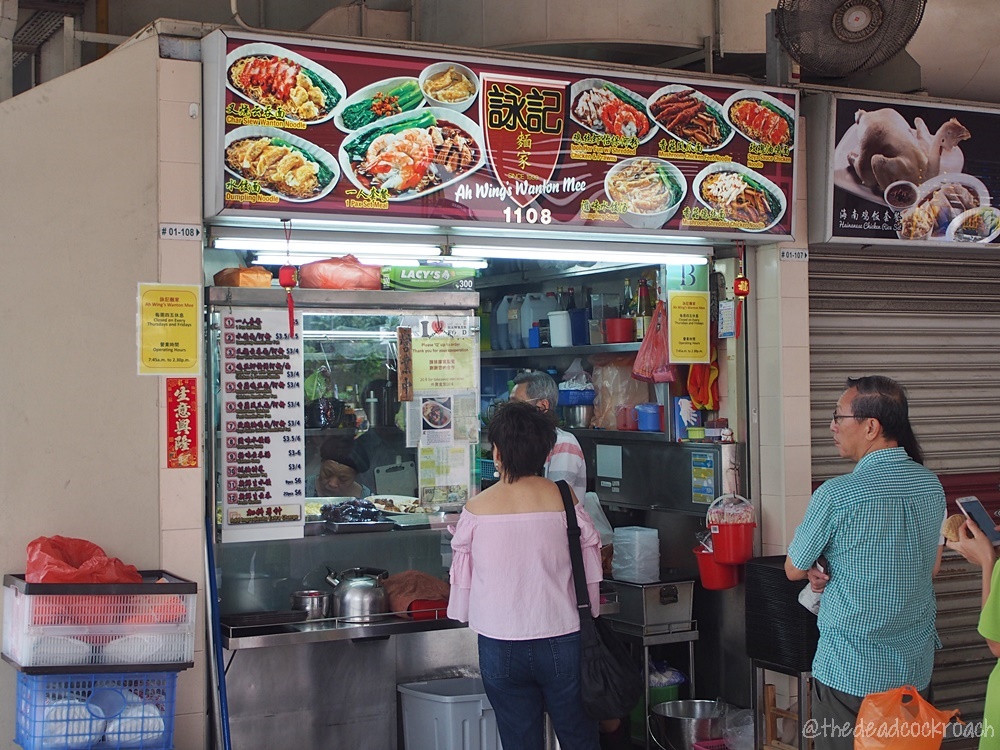